COVID-19 Management in the Non-Hospitalized Patient

There is no charge to attend this live webinar.
Share this Event: 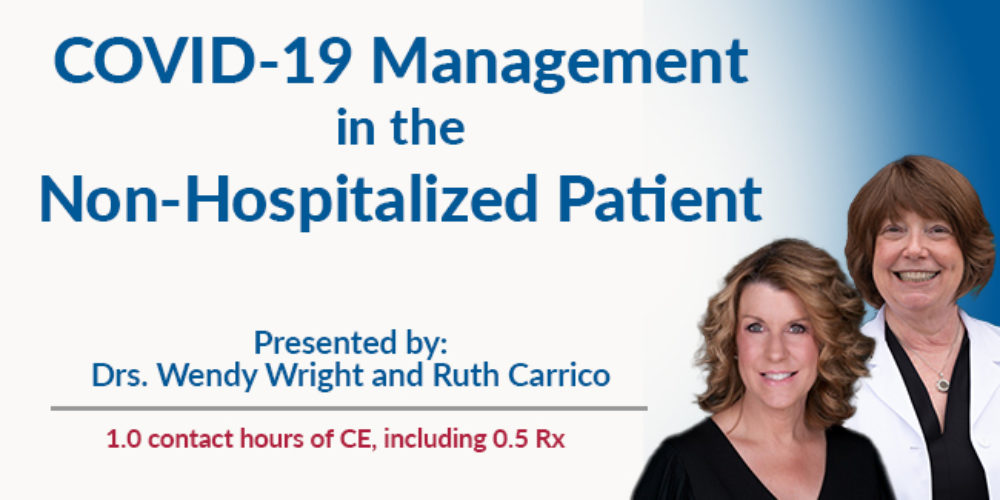 Join two nurse practitioners (NPs), Drs. Ruth Carrico and Wendy Wright, for a live webinar on the topic of COVID-19 outpatient treatment. There will be 45 minutes of presentation followed by 15 minutes of live Q&A. The recording of the webinar will be made available as an on-demand presentation within a week of the live event.