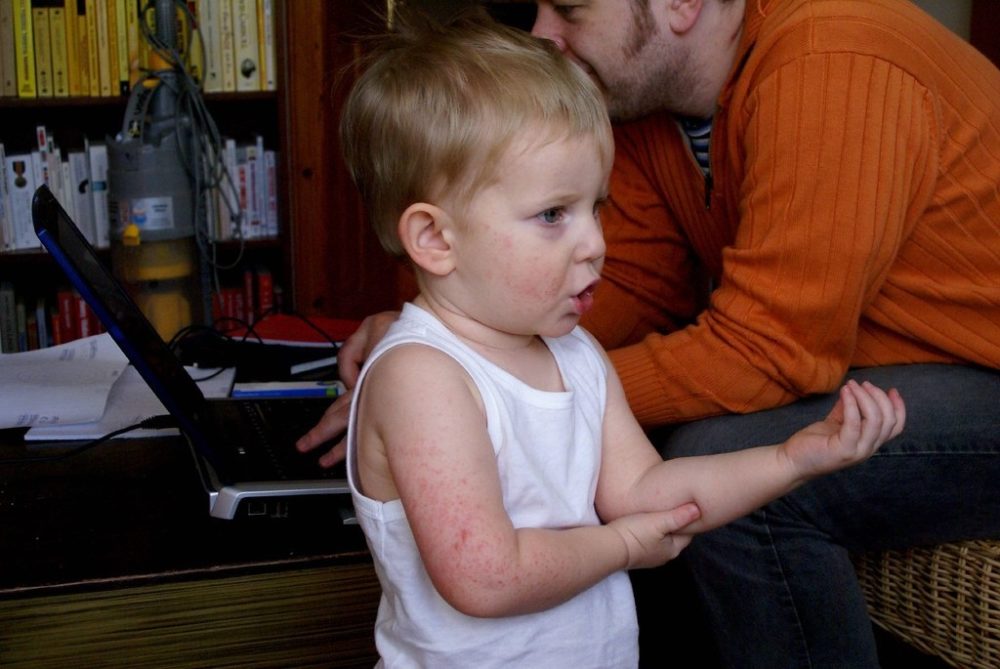 Nurse practitioners (NPs) can work to understand the prevalence of atopic dermatitis and how its symptoms affect patients every day—while contributing to the next generation of continuing education (CE).

Defined by the American Academy of Allergy, Asthma & Immunology, atopic dermatitis (AD), commonly known as eczema, is “a chronic or recurrent inflammatory skin disease.” It typically starts early in childhood, usually between two to six months of age, but can develop at any age. Approximately 7% of the U.S. population is affected by AD, and it’s estimated that up to 13% of the pediatric population is afflicted, making it the most common skin disease in children. The financial burden of AD is significant to the patient and society as a whole; it was estimated to cost $5.29 billion in 2015 to care for U.S. patients with AD. These costs are related to visits to health care providers and missed work, as well as medications and other forms of treatment. AD not only has a financial impact on patients and the health care system but also on quality of life (QoL) and medical and psychiatric comorbidities.

While the recent advancements in AD recognition, diagnosis and treatments have the potential to make significant improvements in the course of the disease, patients will experience a variety of AD-related challenges throughout their lifetime. The impact AD has on a person’s life can be extensive and include pruritis, skin pain, anxiety and depression, as well as sleep disturbances.

The Impact of AD

In a large U.S. population-based survey, adults with AD were more likely to have fair or poor overall health. In particular, there was a significant correlation between fatigue and poor or fair self-reported overall health. Sleep disturbances related to itchy skin were the most common causes of fatigue in adult and pediatric patients. Besides reduced overall health, AD with concurrent sleep issues is also associated with poor performance at school and work.

The intensity of itching also significantly affects a patient’s psychosocial well‐being. A cross-sectional study of 602 adult patients with AD found 30% of those with moderate-to-severe AD reported their activity was impacted “a great deal,” with itching and scratching being the most burdensome symptom (54.4%). Patients with inadequately controlled moderate-to-severe AD self-report more days per week with itchy skin and increased trouble sleeping.

Additionally, AD has a significant impact on a child’s family members, especially the parents. Out of 18 topic areas, family members of patients with AD identified emotional stress (98%), burden of care (54%) and effect on housework (42%) as affecting their own QoL the most. The impact on mothers’ health was examined in another study, which found the severity of a child’s AD led to a reduction in the mother’s physical and mental health and further disrupted the normal activities of the family.

The Next Step: NP Education

Patient and caregiver education can have a positive impact on patients with AD. Patients and caregivers armed with enough knowledge to make an informed decision about treatment plans may have better adherence to treatment, better QoL and health outcomes. This is especially true when patient-centered care and shared decision-making are used to tease out the patient's understanding and goals.

That’s why AANP is interested in developing a brand new CE activity on AD—and requests your help.

AANP is working to ensure a complete understanding of NPs’ current clinical practice habits and to determine focal areas to enhance NP knowledge in the pathophysiology and treatment of patients with AD. Please share your experience of AD diagnosis, treatment and management in this short survey. By doing so, you are playing an integral role in the development of high-quality NP CE—created for NPs by NPs!