Hear from the namesake behind the Sharp Cutting Edge Award: Nancy J. Sharp, MSN, RN, FAAN, who has been an exemplar in the world of nursing organizational leadership for decades.

Nancy Sharp is well acquainted with associations, as she has proven through a lifetime of membership and engagement, beginning in high school. She continued to participate in college associations and has served as both volunteer leader and national staff member for a number of nursing organizations during her career. Among many other positions, she has served as National President of the American Nephrology Nurses Association; Director of Practice and Legislation for the Association of Women’s Health, Obstetric and Neonatal Nurses; Founding Director of the Nurse in Washington Internship; nurse representative for The Joint Working Group on Telemedicine; and Founding Executive Director of the American College of Nurse Practitioners.

“It’s perfectly fine to be an individual and serve your population of patients as an individual. However, if you want to make a strong impact, such as influencing policy or legislative changes, you must join an association. Numbers count,” says Sharp. “When more individuals join the group, the group has more power and strength. It’s okay to have different opinions, but joining together to share one song is of utmost importance.”

While not a nurse practitioner (NP) herself, Sharp has built a legacy of steadfast service and has demonstrated a decisive, positive influence for the NP role both professionally and politically. “I think NPs are the answer to the health care system’s problems. I’m not an NP, but I believe in the NP role,” Sharp says. “Truly, some people do not know what NPs do or what they are capable of. The vast majority of the time, NPs listen to you, spend more time with you, hear your story and direct their care to meet your specific needs. You aren’t just labeled with a disease and sent on your way.”

In 1982, Sharp became aware of a rising call to form one NP group to enhance and strengthen the NP voice. While a few nursing associations at the time were 100% comprised of NPs, others were a mix of registered nurses (RNs) and NPs. In 1985, several of these nursing associations came together to host what is known as the Chicago Forum.

“An early theme was ‘Many Voices, One Song.’ The idea was that all groups with NP members could form a new NP entity with one of the groups volunteering to manage the operations,” Sharp explains, “and Washington D.C. was identified as the new entity’s headquarters in order to increase NP involvement in national health policy.”

“I had been working for a lobbying firm in Washington D.C. and had founded the Nurse in Washington Internship to help demystify the legislative process, so when a few people suggested I run the new ACNP, I said yes,” Sharp explains. “I scheduled board of directors [BOD] meetings with NP volunteers, and we worked through the bylaws, set up dues and began coalition work. Everything expanded rapidly!”

Connections were established with other players in the health policy world, and the word spread that NPs were here to become involved full-time in health policy. ACNP’s main priority was to have NPs listed as primary care providers and be reimbursed under national legislation, says Sharp: “We focused on federal programs, such as Medicare and Medicaid. All NPs who had patients in Medicare or Medicaid needed to be able to be reimbursed. It happened in steps, little by little, with much grassroots advocacy.”

“The merger was the absolute best thing, thanks in large part to current AANP CEO David Hebert, who was then the CEO of ACNP. It was a spectacular move, as many didn’t understand the difference between ACNP and the Academy,” says Sharp. “ACNP was pushing for a coalition model for all NPs. The Academy was more focused on the individual NP. By merging to create AANP, it allowed us to be better and stronger with leadership from both groups.”

To honor Sharp’s legacy and commitment to nursing associations including ACNP, the ACNP BOD created the Sharp Cutting Edge Award in 1996. The purpose of the Sharp Cutting Edge Award is to recognize individuals — NPs, registered nurses (RNs), physicians, administrators, academics, legislators and others — who have achieved national and/or international recognition for their own work and who have exhibited strong support for the NP role.

“What a surprise it was!” says Sharp. “It’s very humbling, and I’m just so honored that the ACNP BOD decided to do this and that AANP continued the tradition after the merger. Every year I get excited to learn who the next awardee will be and see their accomplishments. It’s a tremendous honor that we’re now approaching 25 years of the award in 2021.”

Sharp, when professionally active, held adjunct faculty and lecturer positions at four universities. A prolific author and speaker, she wrote more than 150 journal articles and gave more than 200 presentations to audiences across the country. Much of her energy was focused on promoting the use of telecommunication technologies for professional continuing education, consumer education and telehealth applications, urging clinicians to merge their work environments into personal electronic practices.

Sharp also still believes strongly in the power of associations: “Join an association, and volunteer to get on the committees. Are you interested in health policy? Join that committee and get involved. Answer the health policy questions. Arrange lobbying visits. Write articles, emails or policies. Use your professional NP voice.

“Having been in the room in 1985 and 1993 and seeing the growth in NPs and in membership numbers since then, I’m astounded,” Sharp continues. “It’s fantastic. I hope we continue to grow and continue to believe in organizations and associations. The world has shown a need for us to do good and keep moving forward. I’m positive, and I think NPs as a whole are positive people. They’ve faced many obstacles, including everything from federal and state legislation to public perception, but they do so gracefully and with tremendous caring.”

Presented completely online September 10–December 31, 2020, AANPconnect delivers a full conference experience without travel or housing expenses — all you need is a secure internet connection and a compatible device. Select from more than 55 on-demand continuing education (CE) sessions, explore the exhibitor pages for products and services to help you excel in practice and network with your colleagues from the safety and comfort of your own home. AANP will also be virtually honoring this year’s National Leadership Award winners, including the 2020 Towers Pinnacle Award and Sharp Cutting Edge Award!

In recognition of the hardships that many have endured this year and the ongoing need for high-quality CE, AANP is proud to offer this conference at minimum cost for the entire NP community. Register for AANPconnect today at an exceptionally low rate: just $39 for Student members and $99 for NP members. 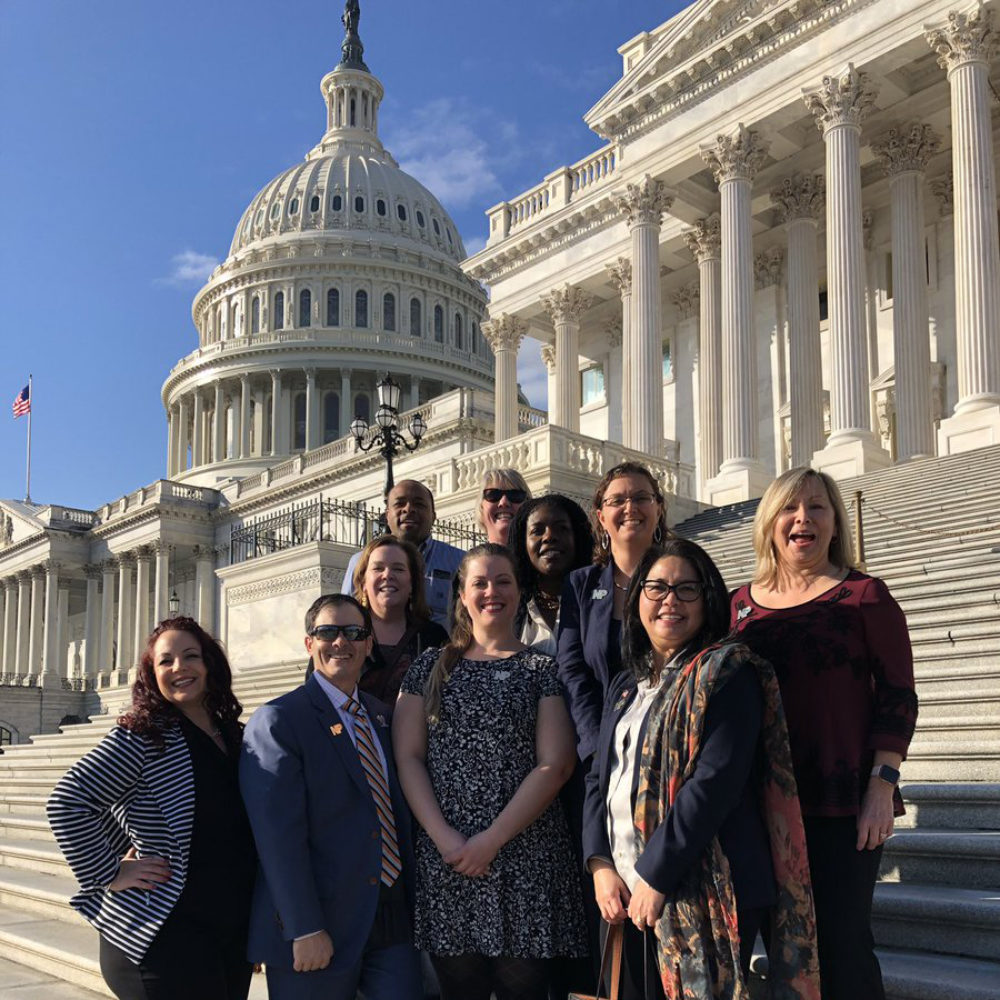 Join The Voice of the Nurse Practitioner®